I had to rush this release because Google restricted the Youtube API only to manually approved projects. And their terms forbid any other viewer apart from their own.

So I ported Minitube to use the Invidious API. Linux users will not need a Google API key anymore. So I guess this is an enhancement for them. Donations are welcome (hint hint).

Musictube 1.13 is out too, with the same change.

Have a great summer!

This is a quick Musictube release that fixes song playback. No other features at this time, apart from a few improved translations.

This release brings Musictube back in shape.

Playback issues have been fixed and new YouTube resolutions up to 4K added. The new multimedia backend is MPV as in my other apps.

This new version of Musictube brings many refinements and bug fixes. 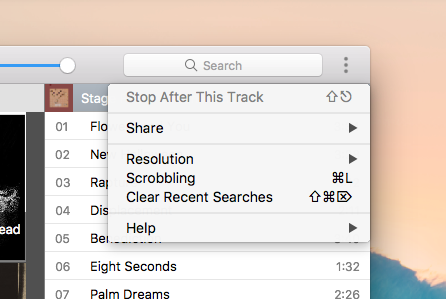 On Windows and Linux the menu bar is now hidden by default. A Chrome-like toolbar menu contains the few items that are not readily available in the UI. If preferred the menu bar can be easily restored by choosing “Toggle Menu Bar” (ALT).

I whipped up a new, more colourful icon. Let me know what you think about it! 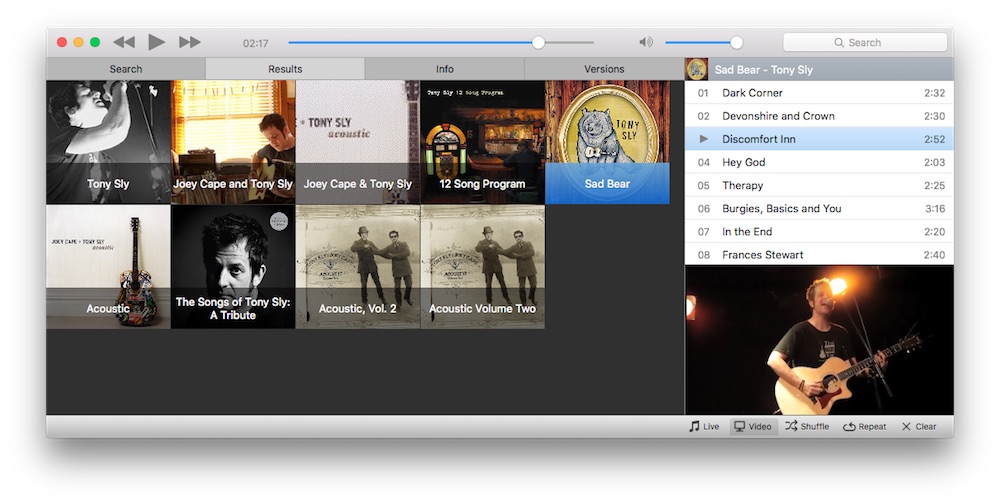 For 1.6 I focused on polishing and refreshing Musictube visuals so it looks at home on the latest OS X & Windows 10. Musictube is now fully HiDPI (aka Retina Display) compliant. Musictube got a new icon, more flat and hopefully more recognizable. 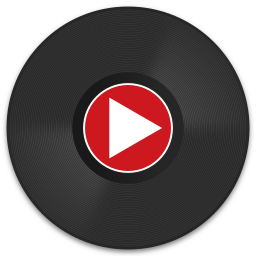 A bug has been fixed that prevented resuming playback after pausing the music for more than a minute or so.

The search autocompletion popup is back, so just type the first few letters of the artist name and accept a suggestion.

This release features significant updates in the libraries used by Musictube. It took a while but I finally managed to port Musictube to Qt 5 (I’m shipping the brand new Qt 5.7 on Mac & Windows builds). LibVLC has been updated to 2.2.4, Phonon to 4.9.0.

Starting with this version I’m dropping 32bit Linux packages. Hopefully everybody has moved to 64bit Linux nowadays. On the Mac, Musictube now works from 10.7 and above, dropping 10.6 support.

As usual, updated translations are contributed by users on Transifex.

It’s starting to get hot here, I think I’ll go for a swim with the kids at Lago di Vico. Have fun with Musictube!

Another quick bug fix release for Minitube and Musictube. Get it and enjoy the festive period!

Just a quick note to let you know that minor updates of Minitube and Musictube are out, solving an issue with VEVO videos. Enjoy!

A few days ago Musictube stopped working because of an error in the Last.fm API. Last.fm is in the process of migrating to a new infrastructure and is having many issues. This is a quick fix release that works around the invalid XML currently served by the Last.fm API. Have fun with Musictube! 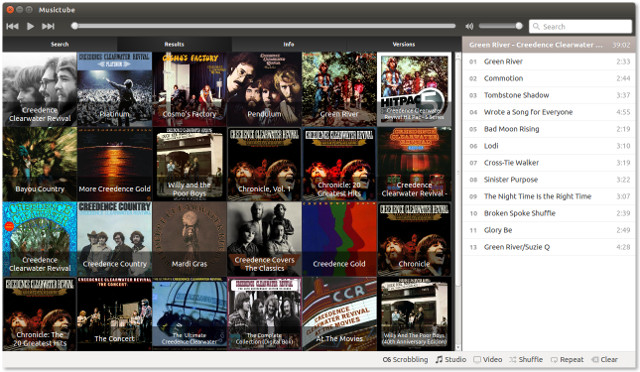 Like the release of Minitube 2.4 a few days go, this one focuses on internal changes and bringing Musictube to use YouTube APIs version 3. 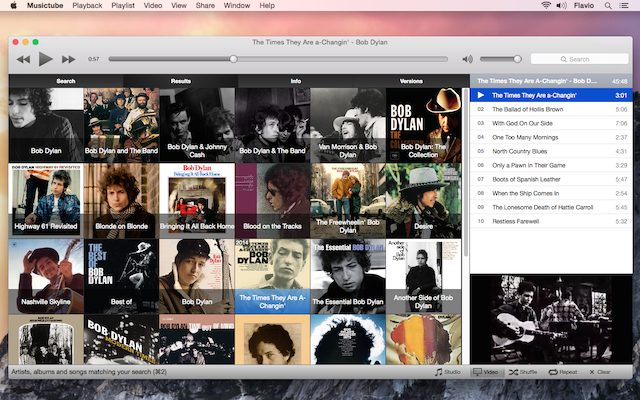 Musictube 1.4 is out with support for OS X 10.10 Yosemite and other under-the-hood changes. The media engine is now VLC on all three platforms, bringing better seeking and faster playback start.

As for Minitube and Musique, Musictube has been removed from the Ubuntu Software Center for its slowness in reviewing updates. Existing customers please contact me via email with a copy of your license to get this and future updates.