Just a quick note to announce the release of Minitube 2.1.6 and Musictube 1.2.7. Both include a fix for the playback of some YouTube videos. A minor change in Minitube’s Browse tab removes some so-called standard feeds like Most Shared, etc. As always updated translations are included thanks to the wonderful translators at Transifex.

Just in time for Xmas, two bugfix releases are out: Minitube 2.1.5 and Musictube 1.2.6. These updates bring a fix for some YouTube videos that were not playing. I wish everybody happy holidays!

Ubuntu users will have to wait a few days until the updates are approved. Oh and by the way, I’m running a Minitube donation month in December on the Ubuntu Software Center by setting a $3.99 price on Minitube. Thanks to all the people that bought.

Just a quick note to announce the release of Musictube 1.2.3. This is a bugfix release. Here’s the complete list of changes:

By the way, yesterday I released Minitube 2.1.1 with a fix for VEVO videos too.

Hot on the heels of Minitube 1.9, here’s a quickfix for Musictube. Enjoy!

This Musictube update fixes a critical crash bug on Linux and brings Last.fm scrobbling as previously seen in my other app, Musique. 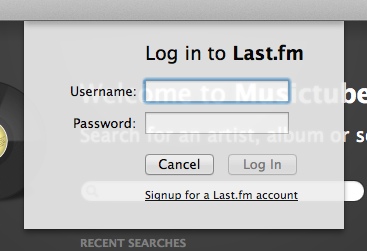 Another small feature is desktop notification support on the Mac (requires Growl 1.2.x) and GNOME. Notifications appear only when the Musictube window is not active. There is no point displaying them when you’re already looking at Musictube. 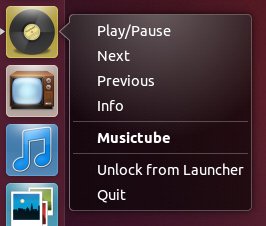 Unfortunately Ubuntu 12.04 shipped with a GStreamer bug that prevents many applications from playing MPEG4 videos. While we wait for the bug to be fixed, here’s a simple workaround.

And here’s the full changelog:

Here’s another bugfix release. This time around is Musictube that’s slated to become, mostly, bug-free. Here’s a list of the bugs fixed:

The update is already available on the Mac App Store and is waiting for approval on the Ubuntu Software Center. When approved, 64bit Ubuntu users will be able to get a 64bit Musictube from the USC. Enjoy & spread the word!

This update to the initial Musictube release brings polish, stability fixes and UI refinements to the app.

You can now browse artists similar to the one you’re listening to. A great way to discover new music. 1.1 also brings social sharing and supports Twitter, Facebook and Email. You can now set the maximum video resolution to 360p, 720p or 1080p. Higher video resolution also means higher audio quality. This Musictube version handles lesser known artists much better and skips YouTube videos that don’t really match the tracks in the playlist. The playlist is now restored across sessions and a Stop after this track command is now available.

Most importantly, two crashes have been fixed and the app is now rock solid. Also a bug with very short songs not playing has been fixed.

I hope you enjoy Musictube 1.1!

Musictube in a store near you

Just a quick note to announce that Musictube is now available on the Mac App Store and on the Ubuntu Software Center. Yay! 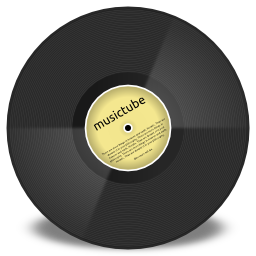 In the middle of summer an idea came to my mind and I quickly noted it in my GMail tasks. Weeks later, when back in Rome, without thinking too much about it, I started working on it in my usual code-as-theres-no-tomorrow style.

I’m really proud to introduce you to Musictube. Musictube lets you listen to music on YouTube in a much more convenient way. Musictube integrates album covers, artist pictures and lyrics. Musictube also features a “Live” mode for listening to live performances only, and a “Cover” mode that plays covers and remixes of the original song. There are many other details to talk about, but since this is a one-of-a-kind app, you’re better downloading it and see for yourself.

Musictube is available for Mac, Windows and Ubuntu. Get it.

I automatically imported some translated strings from my other apps into Transifex. If you care, you can finish the translation for your native language here.

A note to Linux users

Musictube is not Free Software. The Ubuntu package is for sale just like for the other platforms. Other Linux distros are just left out in the cold for now. Please don’t bash me for this: not everything can be GPLed. Bear with me as I experiment with various business models. By supporting Musictube you indirectly support my other GPLed projects: they share large amounts of code and many enhancements can flow from Musictube to Minitube and Minitunes.