Minitube is in Ubuntu repositories

Thanks to the efforts of Christian Mangold, Minitube has been packaged and uploaded into Ubuntu’s universe repository for the upcoming Lucid Lynx release. This means that starting from April 2010 Ubuntu users will be able to install it in a few clicks using the Ubuntu Software Center application.

This is such a great news! I tried but I really cannot convey what I feel in English words, so I’ll try with an image. Here’s a cheesy picture of me in 2007 after reaching Sardinia’s highest peak, proudly wearing a self-made Kubuntu shirt! ;) 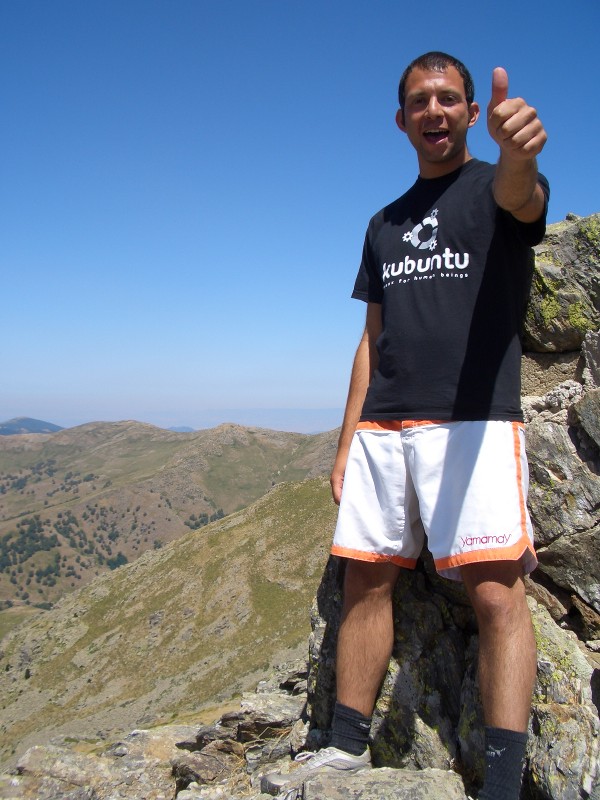